This morning started off bright and early; it was just a little chilly this morning when a group of us met to greet morning commuters as they drove to work. Managed to get a selfie showing the temperature – let’s just mitts (Olympic red ones of course) were necessary! 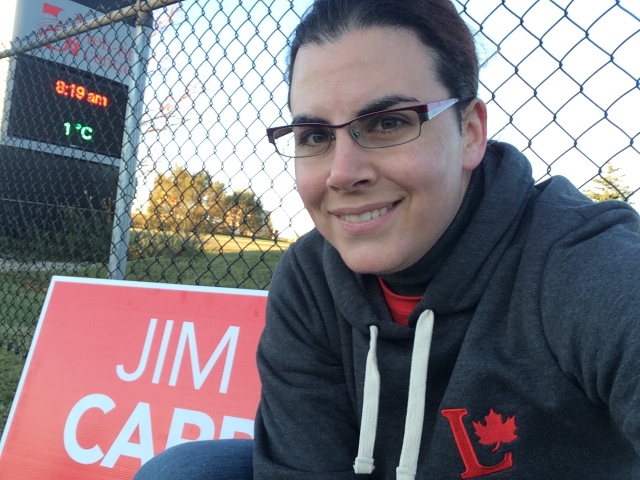 Spent most of my day at the campaign office, although I did get a chance to leave to put up some signs and visit a supporter. Brownie has been a proud Liberal for over 60 years, and saw Pierre Elliott Trudeau when he spoke at the corner of Portage and Main many moons ago. One thing that I love about campaigning in the opportunity to learn about voters and listen to their stories. I took 20 minutes today to sit with this man, who has given so much to his community (he volunteers at a hospital, meals on wheels, played hockey until he was 75) and he is just so passionate to see Justin Trudeau elected Prime Minister. And to tell you the truth, just sitting with this man and listening to him tell me his experiences felt really good. It felt right. 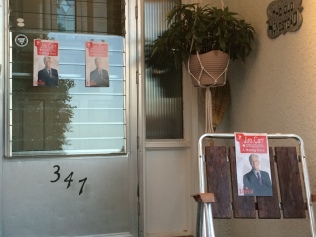 He decorated his house with some flyers – thats passion! 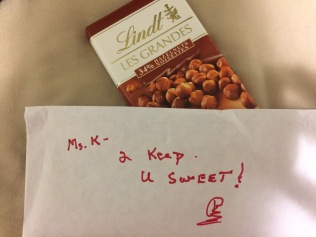 Today also saw Anna Gainey, President of the Liberal Party of Canada, arrive in Winnipeg for a two-day visit to several Winnipeg ridings. I missed meeting her at the Montreal convention where both she and Justin were elected. Check out this news story from her win in 2014. She is the very definition of #addwomenchangepolitics. It was wonderful to finally meet her – and I look forward to seeing her again in May, at convention (which will be  held in Winnipeg!) 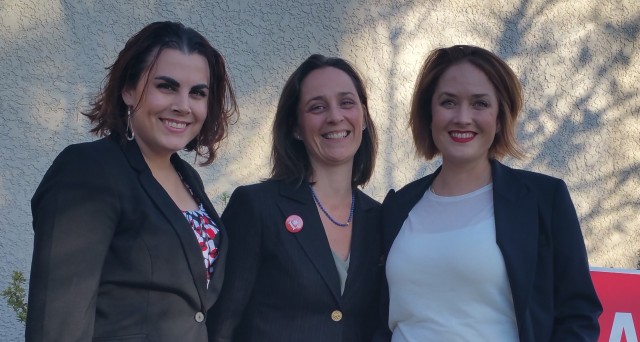 I want to hear from you - what did you like? Let me know! Cancel reply